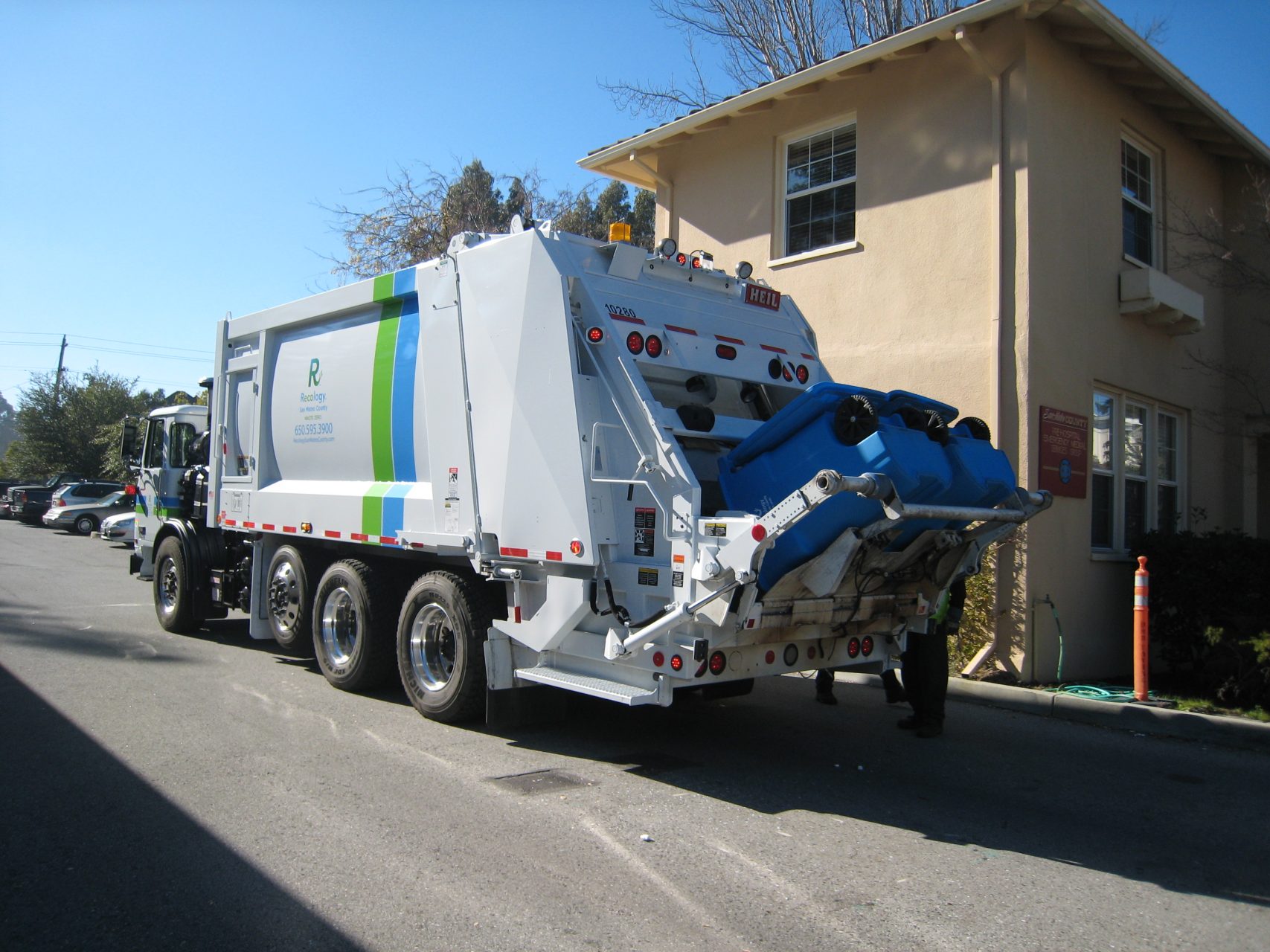 On April 2, 2021, a Recology San Mateo County rear end loader truck carrying recyclables experienced a fire at approximately 5:20 a.m. The driver is safe, though the truck could not be recovered due to fire damage. The fire occurred on East Santa Inez Ave near Highland Ave in San Mateo. The City of San Mateo Police and Fire departments arrived on scene and extinguished the fire inside the truck as well as some minor burning of bushes near the truck location. The cause of the fire is yet to be determined.

While we don’t know the exact cause of the fire that occurred inside the truck, it could have easily been due to a lithium-ion battery that was incorrectly placed into the recycling. RethinkWaste continues to emphasize the need for safe and proper disposal to avoid the hazards of fires, which can result in safety risks for our workers, environment, and even facility. In September 2016, our Shoreway Environmental Center’s Materials Recovery Faility suffered a four-alarm fire that caused nearly $8.5 million in damages likely due to a lithium-ion battery.

For tips or best practices on safe battery disposal, please visit RethinkBatteries.org and our social media channels for information.